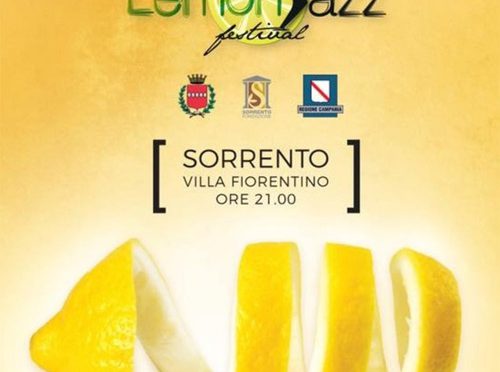 A week full of zest at Villa Fiorentino with five evenings of jazz.

Sorrento is preparing to celebrate the flavors and colours of its land with an event that has become an appointment awaited by many for the great music and the beautiful location. The Festival offers a program as fresh as lemon thanks to the international names that will perform in the wonderful Villa Fiorentino.

6 July the Opening is by Tuck and Patty, a duo that has been collecting successes for more than 35 years They conquered jazz fans since their first album “Tears of Joy”, in particular with the cover of the song “Time after Time” by Cindy Lauper.

On Sunday, 7 July, Doug Lawrence and John Trentacosta, two figures of the American Jazz for an evening of cultural and artistic exchange between the city of Sorrento and Santa Fé (New Mexico), Saxophonist Lawrence boasts a career full of prestigious collaborations. His saxophone in fact played for artists such as Frank Sinatra, Ray Charles, Stevie Wonder and Aretha Franklin, just to name some. The New York drummer Trentacosta after academic training has collected continuous successes and remains a reference point for his kind.

On Friday, 12 July, the young Jezzmeia Horn will perform, nominated at the Grammy Awards, which is currently one of the most prestigious and appreciated voices of the Naturalness and look towards a modern approach to enunciation are some of the characteristics of its art.

Saturday 13 July will be the time of a young wonder, Francesco Cafiso, a name now known and consolidated on the scenery of International Jazz, which has conquered very young Sunday 14 July still great music with Scott Henderson in trio, an artist who doesn’t need presentations because he is known as one of the best guitarists in the world, already guitarist of Chick Corea and said as international star after the success of the Tribal Tech.

Starts at 9 pm and entrance to the concerts is free until places are exhausted.

For some reason a gin and tonic seems appropriate.